This year is a new one for me. I am spending four months just traveling around Europe with only on purpose, having fun on my bikes. Well, I need to race races, film, write blogs, take pictures and train too, but that is all a part of the bike life for me. At first it is really a road of trial and error. You need to find your way into it and figure out how it all works, there is no “How to live the privateer life” that you can watch on Youtube, even though that might be on my To Do list now that I mentioned it.
You kind of need to get everything into place and build up a new living routine. With less space to live on you really need to keep things into place, so they don’t just lay around everywhere.
When traveling around for races and events in Europe you meet a lot of really awesome people. All people have different stories and it is fascinating to hear how they found their way there, maybe a way that was a complete other than your own.
Everybody likes to hear a good story, and everybody likes telling them even more. 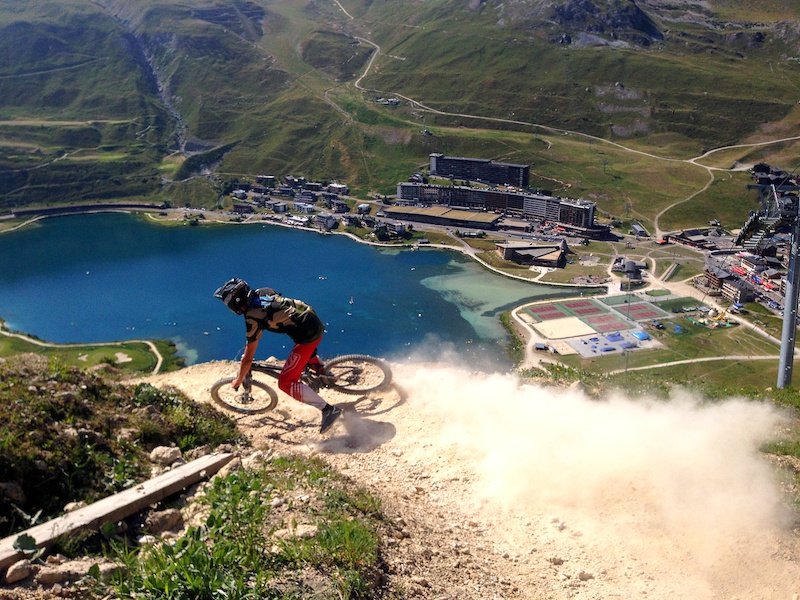 You come across some pretty amazing trails and view’s on such a trip.

There are countless people just driving around living in their vans all season. I have seen a good amount of vans housing up to 3 people and sometimes even more, especially if they are Kiwi’s and Aussies. It is crazy how many of them travel all the way over here and then lives on the smallest amount of space.
In a race environment like that, my caravan setup is considered complete luxury. It even has a bathroom with a shower, even though the fantastic lakes of Europe are probably the favorite choice of most of the privateers, including me. 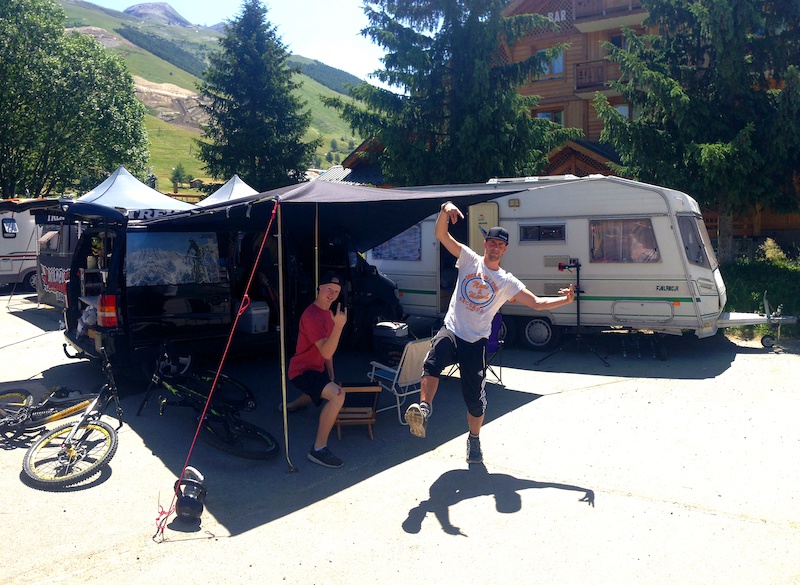 A good camp setup when the other Danes arrive.

A lot of the vans around are bought for under £1000 and then build up with some beds, and of course, space for the bikes. I even saw some people who just put an Ikea bunk bed into the van, pretty legit.
I have seen some live in old ambulances, vans with doors almost falling off every time you open them, backdoors that could not open, I even heard some guys who had a puncture and couldn’t get the wheel of because it was too rusty and then had to hold in every 30km to pump the tire.
But one thing they all have in common, they freakin’ breathe for riding bikes and get to experience so many awesome things along the way. As the Vanzacs say, “Home is where you park it”.
It is for sure that most of all those people is having the time of their lives, even though it is primarily taking place in a car or outside.
It is the cheap way of the “pro life” if you can call it that. It is what there is going on behind the big team tents, with budgets you might not even imagine.
As I mentioned I am in my first year of doing this, and I can say that I really love it. Parking wherever you want and make that your home. Even though my setup might be luxury in some eyes and trashed in others, I feel like this is a good one. 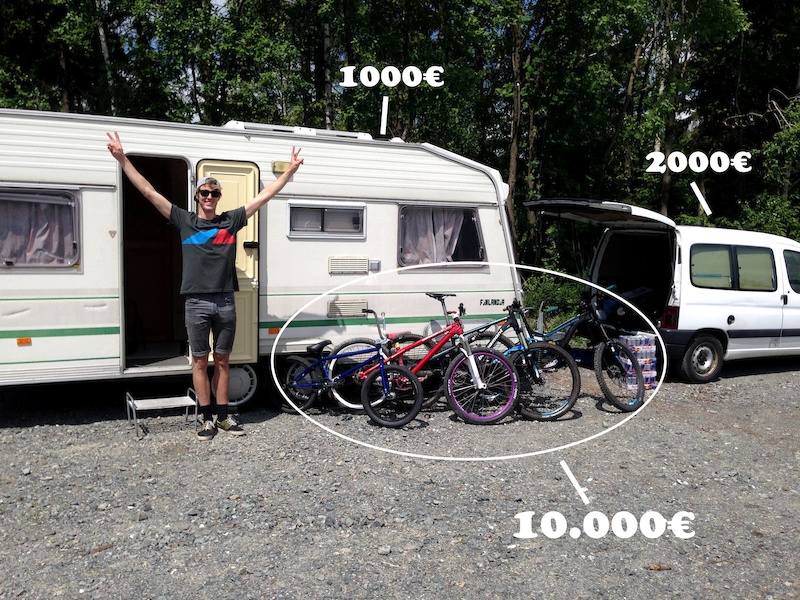 A complete normal thing in cycling, but everyone else thinks it is weird.

Just to set it up for you economy wise.
Peugout Partner: 2000EUR
Old Caravan from 1992: 1000EUR
Solarpanel setup that provides all the electricity I need: 500EUR
So 3500EUR for a perfect setup to live in.
The throw in the some spending money, money for Diesel and lift cards and you pretty much have it. Some other people are 100% doing it for less money and some are probably spending more too, I don’t know.
It all depends on how much you need, other than just riding bikes of course, which is the key.
I myself brought all of my bikes, BMX, Dirtjumper, Enduro and Downhill. Even though I might not use some of them that often I feel like it is a really important part of being on the road so I am free to do whatever I want. 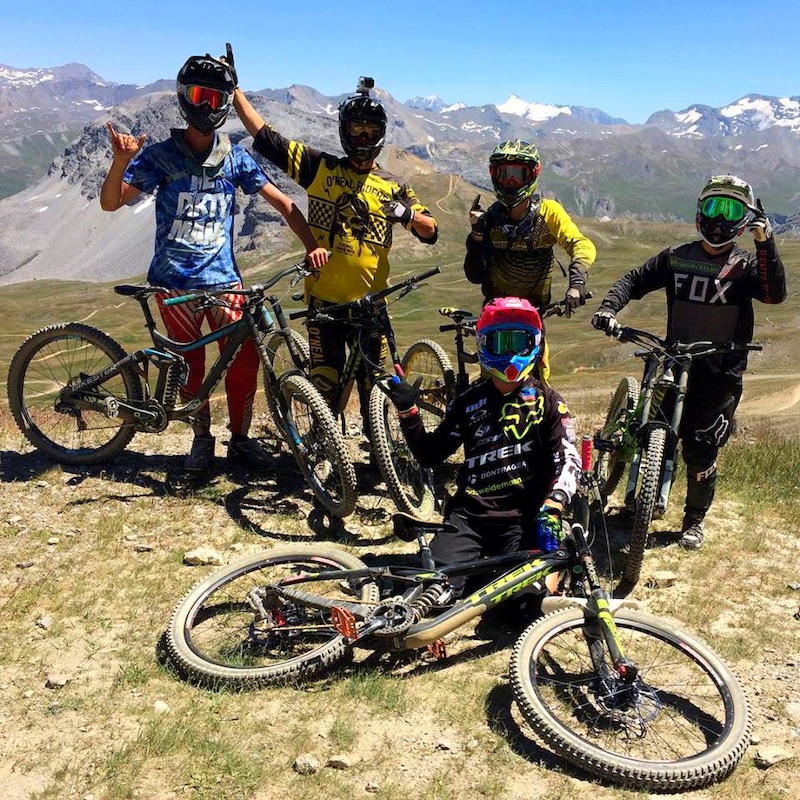 Good friends are key on the road.

One thing you will find out really quick is that you need some good friends. I am off alone this year, I have a lot of friends from Denmark coming down sometimes. Some come for three weeks, some for a month, and then I meet up with other Danes for a couple of weeks of racing. But I think the most ideal thing is to just grab your best couple of friends and then get rolling, at least that is what I feel like.