So it’s been a while since I’ve written. But I’m trying to get started again.
So this season started with the Dirmasters race in Winterberg. Not a great succes as I crashed to times in my racerun.
Next race was the World Cup in Leogang. I can’t believe that I got to race a UCI Downhill World Cup soo soon. Well or at least train for it. Just a couple of hours before my qualification run I saw that one of the bearings in the rocker link was pretty much gone. In the trying to get the bearings out the rocker link broke and put me out for the qualifying. Pretty sad, but it was an awesome experience to be at the World Cup.

When I came home from Leogang I had a busy couple of days. I had to get a new downhill frame for our one month long roadtrip that was coming up in just 9 days. Also at had to finish my last two exams before being done with the gymnasium.

Luckily it all fell into place, I got my new downhill frame (Transition TR450) just the day before we took of and finished my exams with okay grades. 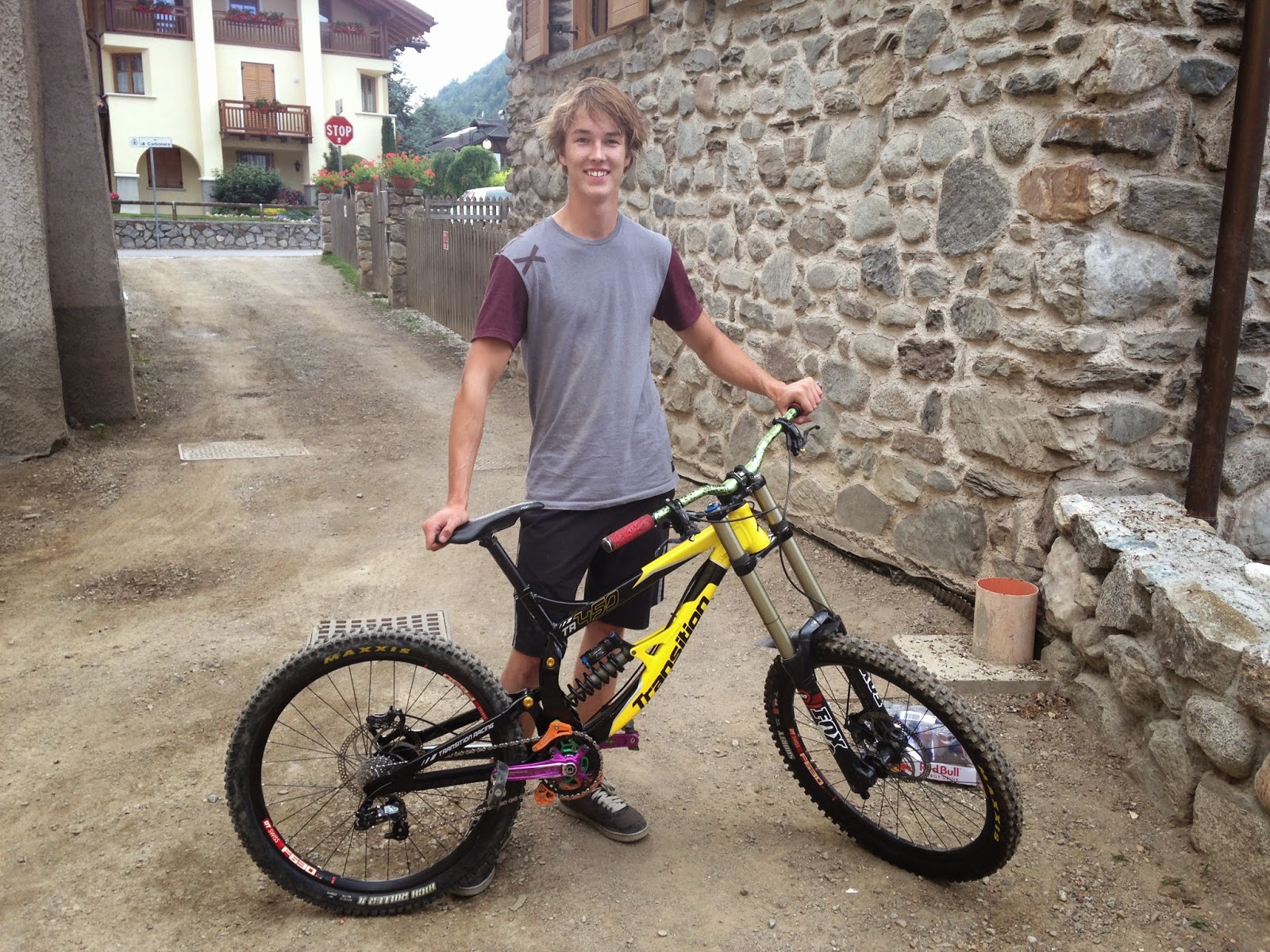 Then it became Wednesday and Sebastian Jensen, Jeppe Bob and Myself were on out way for our first European downhill Cup of the year, Val Di Sole.
The track was perfect, just my kind of downhill track. A really loamy track in the forest, can it be any better?
I was pretty exited to try out the new bike, and to use Val Di Sole as a test track for a brand new bike, seemed like a god way to start. And it Was. I was really impressed by the bike. It is so easy to maneuver and it’s a awesome jump bike as well.
I will come as no surprise when I say that the Val Di Sole track is rough. It’s 4-5 minutes of pure downhill, no pedally bits to get a break on at all.

I took a couple of big crashes in practice and in my seeding run, but I was so ready for the finals anyway.

On finals day it began to rain a bit, which suited me pretty well,  I love riding in the rain.

I found out pretty fast on my finals run that it was really slippery. I made a couple of big mistakes at the first section in the woods, but I thought that if I could just get down without any crashes it might be good anyway. But the did not happen. I took two crashes, one of the was pretty big and resulted in a concussion.
I ended up in 139th. Not at all what I was looking for, but with two crashes, a handfull of mistakes and a concussion, I might not have been that bad. But anyway it was a shame, because I really liked the track.

We stayed in Val Di Sole until Tuesday, so I spend the Monday filming a bit with Jeppe and Sebastian. Here is the result:

We then headed to Crankworkx Europe in Les 2 Alpes. Update will come soon.