Skip to content
30th October 20143rd November 2014 by Fredleth
This year I started arranging the Danish Downhill Cup. The first two races was in Randers the 3-4 May and Thale, Germany the 10-11 May
We had made a deal with the guys in Thale that we could have the lift and track for our selves. This was pretty cool as we only were 45 guys, so no lift que at all.
I had just got my bike back from itunebikes.com so I knew that the suspension was 100%.
We took off friday morning from Randers and drove to Thale. We had a stop by Fredericia to get some stuff from RedBull, so the Hiace was pretty packed up. When we arrived about 6 p.m. we went direcktly to the course were I took a quick course inspection with Maik from the Seilbahn while the others started taping up the course.
Saturday morning was quite a mess because the lift opened at 9.30 instead of 12.00 as I was informed. Therefore people had to get their numberplates as fast as possible so they could go ride, as they could not go up without it.
As the Danish cup is pretty small everybody know each other and the mood is very relaxed. Everything happened in the back of the van and in the small Santa Cruz tent.
We had 9 German starters and 1 South African. It was pretty cool to have a more international feel to it. 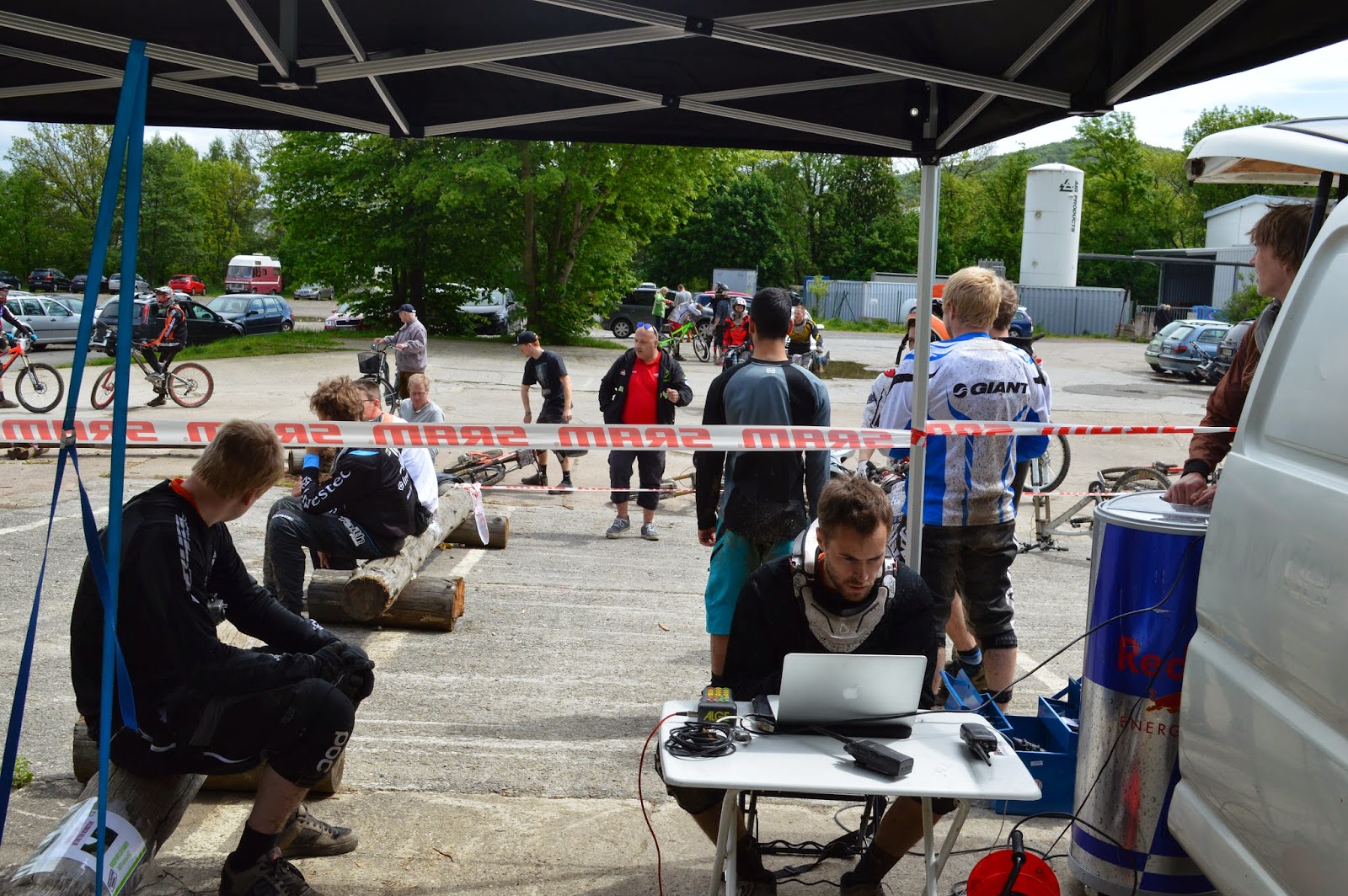 After signing everybody in, I managed to get 5 runs in before getting some lunch, sorting out the payment, and start testing the timing system. The track was a bit slippery during the rain the days before but it was okay, despite all the pedally bits.
We had problem with the timing system and could not get the signal from top to bottom, so we decided we would just start on the 6th beep from the buzzer, resulting in a not so accurate time, but at least we had a time. 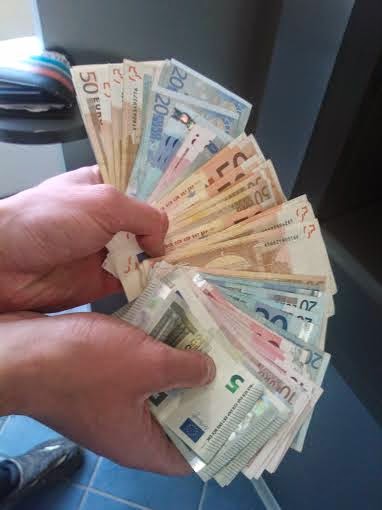 This is what it looks like when you need to pay for using the track and lift system, in cash. The Seilbahn unfortunately did not accept our credit card so we had to go to the ATM’s over to days with several different cards to get the full payment.
On Sunday I got 3 runs in before racestart. I did not feel great on the course. Usually take a couple of runs giving 110% so it almost goes wrong and I get that rush. I did not do what all weekend and felt kind of doll on the bike, certainly not ready for a racerun.
After having the ridersmeeting and sending people to the top we had to move the timing system to the other side of the track as it was the only place we had an okay connection with the walkies.
It was a couple of pretty stressfull hours having to run the timing system and also racing. Fortunately I got a lot of help from Jeppe Bob, Jens Skov and my dad. Even though that helped a lot I had no time for mental preparing or warming up, so I got directly out of the lift into the startgate. We had just had some heavy rain so I new the course would be a bit slower and more slippery.
I came down with a time of 3.12, a very disappointing time. It resulted in a 10th place which was not were I wanted to be at all. 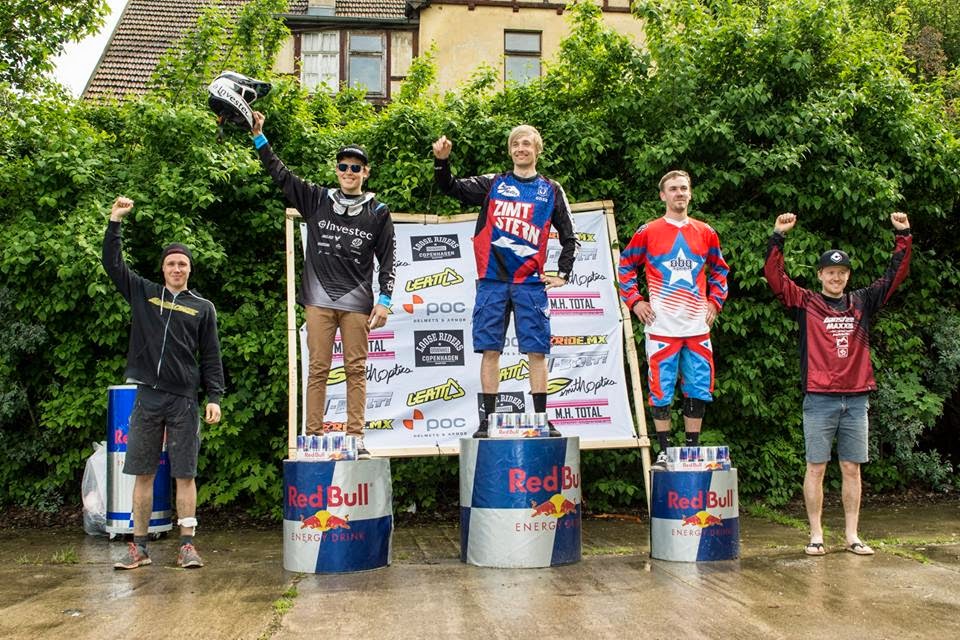 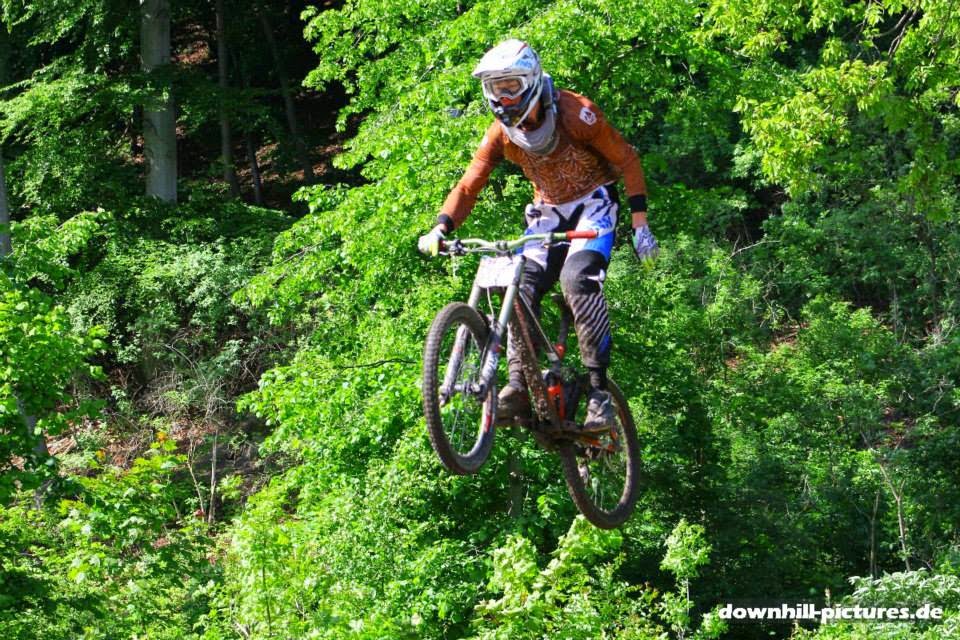 As I crashed pretty hard on the last jump last year, and dislocated my collarbone I was pretty scared of it. Therefore I was afraid to do whips on it so I had to do some small one handers just to do something
Cheers